Kenny started first grade at Avon Park Elementary School 1948. In High School lettered 4 years in football and 4 years in circus. Avon Park was the only High School in Florida that had a full production circus. Upon graduation in 1960 received the Bailey Medal; Most Improved Football Player Award; And the Gold Watch Award for services over and beyond normal student activities while attending high school. This was the first and only time this award was given to a student.

While in the Marines Kenny received Diplomas for courses completed from U.S. Marine Corps Institute in Accounting, Bookkeeping; Air Conditioning, Refrigeration, and Electrical. All the Training Manuals were from Carrier Corporation. It was then that Kenny decided he wanted to become a Carrier Dealer.

In 1972 became one of only five Fedders Dealers in State of Florida to receive the Key Dealer Award and a Trip to the Bahamas with the President of Fedders Corporation. By that time Long’s Air Conditioning Inc was dominating the Air Conditioning Market in Central Florida.

Carrier approached Long’s Air Conditioning Inc to become a dealer for the Highlands and Hardee area . This partnership with Carrier has resulted in Kenny being the largest dealer in the Ridge Area of Central Florida and has continued today. From the time Kenny was in High School helping his father in the family business working on Carrier equipment, and then while taking courses in the Marine Corps on Air Conditioning and Heating, his dreams were, when he got out
of the Marines, to be a Carrier Air Conditioning Dealer. Kenny is the most loyal Carrier Dealer in the Nation. Everything in Kenny’s life surrounds Carrier and all Kenny’s Life has been striving for the best and he found that in Carrier. Kenny definitely would make Dr. Willis Carrier happy and make him smile!

“Word of mouth” has been our strongest form of advertising plus our motto Sales thru Service. The most successful form is advertising every day in our local newspapers using our customers, employees, and family, especially our four grandchildren as “spokespersons”!

Not only does it make Kenny and Freda feel good to help those in need, but also giving back to their community is just one way to say thank you to the community for their support through the years.

Kenny works with the local College Refrigeration and Air Conditioning programs, both in helping with equipment needs, to bringing on board, students for their internship. This of course helps to have first chance at the best students as full time employees.

Kenny attributes his success to the following:

We always try to make customers feel as if they were part of our family. We get a lot of feedback, which is what we want to be sure the customer is completely happy. We also send cards out to remind customers their service is due and let them tell us when is the best time. Kenny also makes sure that every employee knows exactly what a customer is.

All of our Service Technicians are NATE Certified ensuring the customer is receiving the
best service available with the best trained Technicians in the industry.

The long-term employees are very familiar with his work ethic, and follow his lead. The newer employees see what is expected from a Long’s Air Conditioning, Inc. employee and enjoy proving that they can excel also. Kenny has always intended that building Long’s Air Conditioning Inc. into the leader in the area, was so that it would continue a family business. We are proud to have the 4th generation of our family involved in the business!

Since becoming a Carrier Dealer almost 50 years ago -all of Long’s Air Conditioning Inc representation/installations are completed using Carrier Equipment. It has been said by many Air Conditioning manufactures that were trying to get Kenny to take on a second line, that the blood in Kenny runs Carrier Blue, a compliment and a truth. He truly believes in the Carrier product and it shows.

Kenny will promote and sell any Carrier Product as it is introduced. In 1997 when Carrier first came out with the new refrigerant, Puron, Kenny started immediately selling the product and at meetings, would get up and talk to the Dealers about the reliability of the product and they need to start selling the product. This inspired many Dealers to follow his lead in the jump on the competition with the Carrier Puron (The World’s First Environmentally Friendly Refrigerant). Kenny wrote a song about being proud to sell Carrier and Puron. In 2006 at the Carrier National Convention in Las Vegas, Kenny sang the song to the Dealers. He also spoke to the Dealers about the new Carrier Infinity System, why they should be selling them.

In 2004 when the three hurricanes hit Florida, Kenny began selling Generac Generators. Kenny also has the Electrical, Natural Gas and Propane License, which is a big plus and allows for complete turn-key installation

One of our successful consistent advertisements is a specially written song, “Flying High and Keeping Cool with Kenny Long and Carrier”.

It’s loyalty of this nature that serves as a prime example of why Kenny Long exemplifies the qualities of a Hall of Fame Dealer.

Kenny and Freda have donated air conditioning systems to local churches (above their own church) and other worthwhile organizations such as Helping Peoples Ministries and Habitat for Humanity Homes. Kenny and Freda have donated all the labor for over 130 Habitat for Humanity Homes in the Avon Park, Sebring, and Wauchula area. Kenny was at a meeting in Indianapolis with Carrier Corporation on how Carrier could get more involved with minority groups. He was able to talk Tony Ranieri, Vice President of Carrier into donating the equipment for approximately 20 homes.
Kenny and Freda also work with a local organization to install air conditioning in homes of people who are bedridden or in very bad health that need Air Conditioning but can’t afford one.

Kenny is never going to retire. He enjoys his business too much

Kenny, an avid airplane pilot and enthusiast, 1980 built an Airplane Desk, a 1917 Sopwith Snipe, which received world wide attention when CBS News ran the article world wide. The propeller turns and the machine guns fire. It is the only non-flyable airplane in the world that has a Standard Airworthiness Certificate and a Standard Certificate to Ferry. The only restrictions are Kenny has to keep his feet on the ground. He was supposed to be on the Johnny Carson show but Kenny had an accident which required surgery and Johnny retired before Kenny recovered.

Kenny and his desk were featured in a special TV program out of Tampa. The feature was picked up by CBS News and ran worldwide. Kenny had a special TV Ad produced with him taking off from Carrier Field, the Highway in front of his business, and shooting down the competition. His grandsons’ were his wingman flying Gee Bees, a 1920s’ racing air plane which Kenny built, throwing their hands in the air when PaPa Long would shoot down another brand other than Carrier. The ad is still being used on Cable TV at special times. 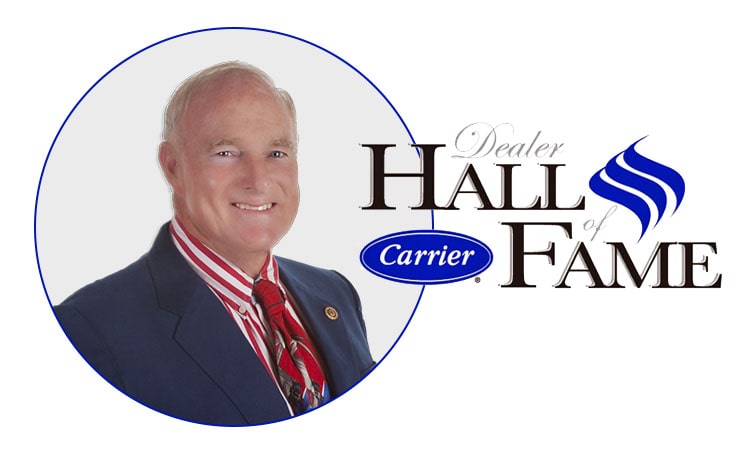 Testimonials
“They are fantastic! My electric bill went down drastically after my new a/c installation”
“I find this company to be honest and they seem to be well trained. I will use them again…”
“Long’s is great. No matter when I call they somehow pull it out of the hat and get me cool and comfy”
Proudly Serving all of Central Florida Since 1947 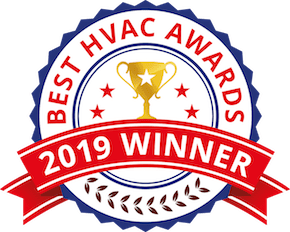